Whether you’re an avid gambler, a casual bettor, or have never stepped foot inside a casino, you can’t deny that there is a certain appeal to casino movies. Casinos have been providing the backdrop to many excellent films for decades, and some of the greatest films of all time are set in casinos amongst slot machines and blackjack tables.

If you’re looking for a slice of cinematic gambling action, then you should check out the top 5 best-rated casino movies in this guide. Should all the talk of casino movies get you yearning for a bit of gambling fun yourself, then you can check out CasinoCrawlers, a website that provides reviews on the best online casinos in New Zealand.

Unsurprisingly, Casino Royale tops the list of the best casino films of all time. While James Bond is well-known for his love of Baccarat, Casino Royale instead sees 007 play against Le Chiffre in a high-stakes game of Texas Hold’em Poker at a Montenegro casino.

Not only is the film based predominantly in a casino environment, but it features all the other elements you’d expect to see in a James Bond film. From martinis (shaken, not stirred) and Bond’s famous Aston Martin to an incredible soundtrack and beautiful cinematography, Casino Royale has everything a Bond fan could want.

Another reason this film is well worth a watch is that it is Daniel Craig’s first appearance in the role of James Bond. His portrayal of the world’s most famous spy differed from his predecessors and re-energised the franchise, garnering him worldwide praise from fans and film buffs alike.

After Casino Royale, Craig went on to become one of the longest-serving Bond actors due to his popular interpretation of 007. Once you’re done watching this film, you can check out the rest of Daniel Craig’s Bond movies.

Ocean’s Eleven is a star-studded remake of the 1960 original casino heist film featuring a stellar line-up. The film stars A-list actors, including George Clooney, Matt Damon, Julia Roberts, Bernie Mac, and Brad Pitt. Ocean’s Eleven is set in Las Vegas, the casino centre of the world, and is a suspense-ridden film that leaves you sitting on the edge of your seat.

Thanks to the movie’s enigmatic cast, Ocean’s Eleven is a funny and entertaining crime film that makes you root for the criminal protagonists as they attempt to rob three massive casinos simultaneously. While the film is nothing special in the sense that it follows a typical heist sequence, the incredible acting, direction, and production create an all-around fantastic casino movie that makes for an extremely easy watch.

Ocean’s Eleven was so successful upon its release that it received multiple awards and smashed box office records worldwide. The film eventually spawned several sequels (including Ocean’s Twelve, Ocean’s Thirteen, and Ocean’s 8), which are also great casino movies.

Based on a true story, this movie stars Jessica Chastain as Molly Bloom, an Olympic skier who ran a high-stakes poker empire for celebrities and mafia members. The FBI eventually investigated Molly, and this movie follows her story as she created one of the biggest underground poker games in the United States.

If you’re a poker player, then you’ll get a kick out of this movie which features many poker game sequences and demonstrates how Molly made her fortune in the gambling world. What’s more, many characters in the film are based on well-known Hollywood figures, including Leonardo DiCaprio and Ben Affleck, which is interesting for any celebrity enthusiasts who want an inside look into how the stars live.

Since most casino films feature male-dominated casts, it’s refreshing to see a gambling movie with a female lead for once. Chastain is utterly captivating as Molly and was deservedly nominated for a Golden Globe Award for her performance.

Funny-man Adam Sandler gave an impressive performance in this crime film as a New York-based jeweller who is searching for a way to pay off his gambling debts. The film holds a 91% rating on Rotten Tomatoes, with many critics praising Sandler’s performance in the drama film – a departure from his usual comedic roles.

While many of the other films on this list predominantly take place in actual casinos with protagonists playing classic casino games, Uncut Gems focuses on another type of gambling: sports betting. The film shows how risky – and potentially rewarding – the world of sports betting can be and the adverse effects it can have on individuals who let the habit take over their lives.

Alongside Adam Sandler are other great actors who deliver unforgettable performances, including Idina Menzel and Julia Fox as his love interests. Uncut Gems is definitely worth a watch, especially if you want to see Sandler take on a different type of project and excel in a role that not many would have thought to cast him in.

Dustin Hoffman won an Academy Award for his portrayal of an autistic man Raymond (Rain Man), who can perform complex math problems and count many objects at once. When his brother Charlie (played by Tom Cruise) finds him, the two set off on a journey together. Along the way, Charlie realizes Raymond’s gifts and concocts a plan to win a lot of money on a casino Blackjack game using Ramond’s special talents.

This film is great for casino fans since it features an exciting Blackjack sequence at Ceasars Palace in Las Vegas. The casino scene was actually shot at Ceasars Palace and was one of the first Hollywood movies to be filmed at the well-known casino, turning it into an attraction for both gamblers and film lovers.

Unlike the other recommended movies on our list, this film is not solely about casinos; in fact, gambling isn’t the central theme. The movie is a sentimental look at the relationship between two estranged brothers and features highly emotive performances from the leading men. If films do not normally easily move you, Rain Man may be the movie that changes all of that since it has been dubbed a ‘tearjerker’ by many critics on review sites like Rotten Tomatoes. 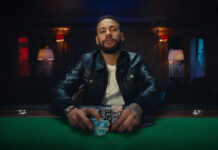 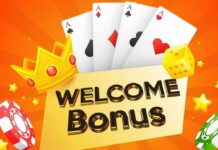 How to Compare Welcome Bonuses Between Online Casinos?

Is It Safe to Hire Essay Writers Online?