With almost 3000 different cryptocurrencies available it’s hard to differentiate which ones are legitimate, and whether or not each one is worth investing in. But first things first: why do we even have that many cryptos floating around in the cyber world?

It all started back in 2009 with the introduction of Bitcoin that was supposed to change the financial system making transactions fast, free, and completely anonymous. Furthermore, an open and free exchange market attracted people from all walks of life trying out their luck and skills in trading and investing. Over the years many other savvy techs saw their chance of getting a piece of the crypto pie and started creating new currencies. Today we have more cryptos than the actual currencies in the world.

What drove the need for so many cryptocurrencies? Several things, so let’s begin.

The more the merrier, right? Well, yes and no. The market is flooded with various cryptos that can paint the picture that there are many opportunities available for grabs. Savvy investors are wary of the markets that are constantly offering new products and services, turning to the safer stocks that are more predictable due to their longevity at the stock markets. New coins tend to be a risky investment since they are easily influenced by investors who hold large amounts of the single currency, thus controlling the price and the amount available for purchase. Experienced investors steer away from these disasters that are often disguised like opportunities.

Then there is an old scheme of “pump and dump”. When one person or entity buys the majority of one stock the prices rise due to the reduction in the amount. Then, once the price is blown to its limits, that one person suddenly sells all stocks at once, taking the profit and leaving others to pick up the scraps. Investors are usually able to predict and recognize the potential scam which keeps them away from buying new and unproven digital currencies. This has been a major downside of cryptocurrencies and the number one reason why many investors have a reluctant approach to the crypto markets.

On the other hand, some claim that the possibilities overweight the risk. This is mostly true for the top 10 cryptos on the market. Bitcoin has been going strong for more than a decade now regardless of its harsh volatility and unpredictability. Ethereum is trying to set itself apart from other cryptos by introducing dApps and smart contracts instead of attacking Bitcoin or any other strong currency. There are some, like Tether, that are backed by the US dollar which opened the door for whole new opportunities with minimal risk. So, there are many success stories in the open market even though many big-time investors are still very cautious when it comes to putting their own money into this uncharted territory.

Why are there so many cryptocurrencies on the market?

Since the creation of Bitcoin more than a decade ago, many other cryptocurrencies have followed. Next came Litecoin, Ethereum, NEO, etc. and the cryptos market drew the attention of ordinary people without any experience in trading as well as seasoned investors. In the beginning, it was difficult and expensive to get ahold of any new coins due to the limited numbers available. Mining was one way of creating digital currencies but it required great resources and many people involved. Over time, it got more affordable, however, creators made new blockchains along with the currency often resorting to creating a completely new currency. This move opened the door for many to try and create their own coins, which they did, so we ended up with thousands of different currencies today.

Many of the coins were considered to be just a fad, hype, that will fade away in a matter of weeks or months. Still, the vast majority continue to be present on the market without any signs of slowing down. Further, the flood of digital currencies created an environment that was vulnerable to fraud. Fraudulent activities, at one point, took off diminishing the popularity of cryptocurrencies and earning them a bad rap of being susceptible to cybercriminals and frequent attacks. To every rumor, there is a bit of the truth. A few cryptocurrencies proved to be a complete fraud with their creators disappearing with millions of stolen monies from the investors. For the time being, the crypto market stopped being so appealing and many traders gave up on investing. In recent years, a lot of new measures were put in place to prevent deceitful activities although the market itself along with coins are still not regulated by any official body or government.

Will so many cryptocurrencies survive?

Probably not. Over 1000 cryptos already disappeared from the market failing to interest the public in investing or were just pure fake coins meant to pump the prices and then dump all the stocks. Predictions say that it’s highly likely that over 80% will fail to leave only a couple of dozens of coins floating above the water. The main cause will probably be the slowing down of the world economy triggered by production and trading of goods coming to a halt. These forecasts say that only cryptos that have some practical use, like being accepted as a form payment by the retailers, will be able to survive major shaking up.

Is it wise to invest in cryptocurrencies?

It’s possible to make big money from buying and selling cryptocurrencies. However, careful planning and waiting are advisable. Check out siol.net to see how to buy and sell cryptocurrencies. Newly emerged coins should be avoided until they prove to be a legit investment. Time is the best judge of the value, so waiting out to see the fluctuations of the price and the longevity of the coins would be the best course of action. Savvy investors always take time to monitor the performance and the prices before calculating the risks, potential profits, and eventually, making a trade. In the end, cryptocurrencies are a good investment if you approach them with caution.

You can check more information on the crypto trade visiting Swyftx. 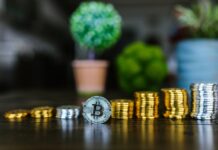 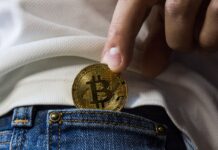 How to Use Cryptocurrency at Legal Online Sportsbooks 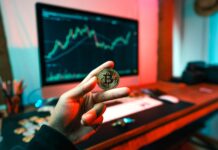 How Fast Can A Beginner Learn About Bitcoin Trading?