Home Tips How Video Games Are Made?

Video game development is a very long and tedious process, and the industry is ruled by several heavyweights. It is very difficult for a beginner to enter the industry, and even more so to break into a leading position. Development begins with the concept of the game and ends with the analysis of the consumer (gamer) for the finished product and the correction of the errors found in the game.

Today there are a huge number of platforms and consoles for video games, and the expectations of the modern consumer have increased significantly. Every detail of a video game takes weeks or even months of work, and therefore the entire development process has become very complex, stressful and profitable. Games have evolved to a futuristic level, and that’s exactly what makes this industry elite.

Once the developers have decided on the tools, they begin to create game mechanics. In fact, this is the most important component of any game, and not the graphics, as many fledgling minds in the world of video games believe, may the grapodochers forgive me. The mechanics of the project are the implementation of its gameplay. The developers must prescribe how the character will move, what will happen during the battle with opponents, how bonuses or pumping work, and much more, depends on the genre.

As for the implementation of game mechanics, it all starts with the programming of objects to which the protagonist and other models belong. Next comes the programming of the control and the writing of the physics engine. The second, as a rule, is responsible for the movements of objects that occur without the player’s influence on them. And finally, the developers sit down to write artificial intelligence (AI) that helps bring NPCs, enemies and other characters in the game to life.

When the game mechanics are ready, the developers move on to creating levels. It turns out that they already have a certain set of rules in their hands that works, and they need to develop places where they will be applied. Each game has levels and specific locations. Even in open-world projects, there are specific areas that are implemented separately and then assembled piece by piece, the players just do not notice this in the finished form.

As a rule, level designers are engaged in the creation of levels. Moreover, employees for this position are taken from among avid gamers. Only a person who regularly plays can understand how the game situations will change from the movement of the main character and objects in a particular location. All this is worked out to the smallest detail, so do not think that the levels are created in a hurry, just to make a beautiful design. Professionals work on each section of the game and it takes a lot of time.

Only after the project has already had the mechanics and basic level models, the developers sit down to the graphics. They need to decorate faded forms with a beautiful picture to emphasize the project’s setting and the game was pleasant to play. Initially, designers draw art, which is reworked or improved a bunch of times. When the final versions of the art appear, people who are engaged in 3D modeling come into play. They create virtual models from pictures.

As a rule, after creating the “backbone” of the game and the graphic component, the creator studios (for example – ‘Kevuru Games’) move on to the plot. For a project to be bought, it must be interesting, and therefore every year more and more emphasis is placed on this component of the game. There are studios that initially come up with a plot and write it down to the smallest detail, and then they sit down to develop it. This option is also possible and it works, but most of the games are still done the old fashioned way, right from the skeleton, and then some kind of plot is added.

Agree, no matter how beautiful and exciting the game is, if there is no sound in it, then you are unlikely to stay in it for more than a couple of minutes. The last stage of the development process involves the creation of sound effects. They not only help to hear the game, but can positively affect the feeling of the atmosphere. Experienced developers do incredible things with sound that help their projects shoot out loud during the sales phase.

For almost every stage described above, an individual or group of people is responsible. Games are always created in parts, in parallel with the completion of certain pieces of it, programmers put together a full-fledged puzzle from all this. After they have thrown sound on the project, you can move on to the testing phase, which often gives the most problems.

When the project is finally ready or in the final stages of development, the publisher takes over. Its main task is to deal with advertising, localization and selection of sites for the sale of the project. If the game is made by an indie studio, then it does it on its own, because it either has a limited budget or it does not. The publisher gives money for the implementation at the very beginning of development, which is why it is so important for video game creators. 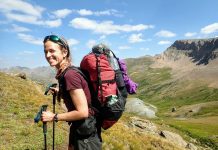 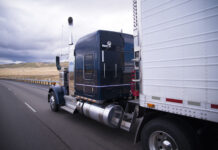