Home Law How Long Does A Workers Comp Case Take To Settle In The...

The settlement of workers’ compensation in the U.S. courts has always been a topic of confusion. When settling workers’ Compensation cases, there is no specific time limit as there can be a resolution shortly after an injury (within a few weeks or months), or it can take many years.

The average case of compensation can get a resolution within a year. The final settlement can be in the form of a settlement agreement or hearing from the judge. In around 20% of the cases in the U.S., such cases are resolved within the first six months. Around half of all the workers can finish their claims in around 12 to 24 months.

When you want to learn more about the prospective settlement amount or the period for settlement, it’s best to get in touch with a trusted New Jersey workers’ compensation lawyer. The worker’s compensation attorneys can answer all your questions in a free consultation.

All you’ll need to do is to contact the team through the chat window on their site and call them. You can also get some legal help at no cost. Further, the article sheds more light on the topic, and you get a fair idea about the time to expect for a worker’s compensation settlement in court.

How Long Does Workers Compensation Settlement Take Without Lawsuit

When it is possible to get a settlement for the case without getting into a lawsuit filing process, it often significantly speeds up the entire process. Workers’ compensation settlement without litigation commonly takes a few months to settle. Generally, such claims also have requests for benefits of workers’ compensation. It is still possible to claim benefits even if lawsuit filing hasn’t been done.

In most situations, workers try to negotiate with the insurance company before filing a lawsuit. The approach is generally effective but also takes more time if it doesn’t work as it delays workers’ compensation filing a lawsuit.

However, only settling without filing a lawsuit is quicker doesn’t mean that it would always be the best course of action. In many situations, it will take filing suit to get the money you want to compensate for the work injury.

What Factors Affect The Average Time For Settlement Of Worker’s Comp Case?

Most factors impact the time between the work injury and claiming the settlement for worker’s compensation.

Many Such factors are:

Longer cases result in more awards or worker’s comp settlements. While it is not always the case, it is vital to know that sometimes a case that extends long isn’t bad for the long run.

How Would An Insurance Firm Impact The Outcome Of the Worker’s Compensation Settlement?

As the insurance firm pays bills for the benefits of worker’s comp in many cases, their actions have a larger impact on the case’s progression. If an insurance firm (or the employer or attorney) is slow to review the case, follow up or set the deadlines, which can majorly affect the case timeline.

The rating of impairment significantly impacts the entitlement to get the benefits of worker’s compensation, so it must be the focus for insurance firms. It often adds up to around five months to the case when you dispute the permanent impairment.

In many cases, the workers feel delayed in their case resolution. Insurance firms take some time for claim investigation and must deal with many claims simultaneously. Processing all such information takes time and results in more time in the whole process.

While most such delays are part of general cases of worker’s compensation, many situations are there where the insurance firm deliberately delays the claim. They can do it to frustrate the worker in hopes that they give up claims or settle for low amounts.

Employers provide many benefits even when they disagree with how much is provided, as they can be penalized if they do not offer you fewer benefits while the case is still going on.

The most vital thing to remember when you’re provided with a lump-sum settlement is that you won’t get weekly checks for covering medical bills, lost wages, or both.

Despite all the drawbacks, sometimes such settlements can benefit from speeding up the payment timeline. You will not need to worry about the insurer staff scrutinizing the condition for many years. You can also continue working and keep the settlement when you recover if there is no permanent disability.

All cases are different when it comes to work-related injuries. The best step would be to consult with your attorney about the benefits of disability, long-term prognosis and medical costs to find if the lump sum payment has a sense for settlement offers. Many cases generally take about a year to resolve.

Thus, it is vital to return all the calls and respond to the letter sent by workers’ compensation. These cases commonly take around a year to resolve. Thus, it is best to return all calls and respond to letters sent by the worker’s compensation attorney. The attorney can handle the cases until you finish the treatment, and at this point, the case will start with claim petition filing. Case Consultation: Why You Need It and How to Get It? 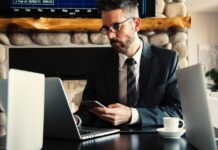 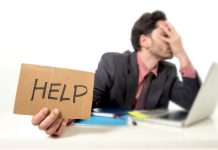