Home Gambling What Are the Best Cards to Split in Blackjack?

Are you a fan of blackjack? If you’re not, the only possible reason to be on that side of society is that you haven’t played it yet. It is one of the most amazing card games in the world. Yes, it involves a fair share of gambling but that’s what makes it even more fun. You should try it. Rare are those who regretted this experience. Maybe only Jason Statham in Wild Card but he enjoyed it too. It can be your ticket to Corsica if you play the cards right.

While we suggest trying out blackjack, you shouldn’t go into a casino unprepared. That would be a mistake. Luckily, that’s an avoidable mistake. There are a few tips and tricks on how to get better at blackjack. Thanks to the development of online casinos, you can even practice your skill on demo versions of this game before you make your initial payment. One of the primary things you should focus on when you start playing blackjack is how to split cards. When and if you master this, you’ll be set to go and win some big prizes at a blackjack table.

To be able to do what we’re suggesting you first need to learn what are the best cards to split in blackjack. If you want to begin this lesson this article is a fine place to start. We are going to lead you through the basics of splitting cards and how will that help you while playing this game. Of course, this is a method that will bring you closer to beating the dealer with every played hand, so stay tuned. The next time you decide to visit this site you’ll be more than prepared for all the challenges that lie ahead. Let’s start.

What is Card Splitting?

There’s one thing you need to acknowledge about this card game. It is a duel between you and the dealer. Who wins? You can be the deciding factor. The thing that can help you in achieving the lead is the famous split. When does the split happen? This is the easy part. You’ll have the chance to split when this happens: you are handed the cards that are valued the same. But this only applies to the first two cards you get. So, you must be interested in what happens next. This is what you want to hear. After getting these two cards, you can split them. All of a sudden you have two hands. After this, the dealer will pull two more cards, each for a separate hand. As you probably noticed, this move gives you an advantage over the house. This can only mean one thing. It doesn’t come for free. You need to place a bet on the new hand too. The option you have on your hands if you decide to split is to put the same amount of money on the new hand as you did on the initial one.

Is a Split Always an Option?

Well, it all depends on what your game style is, but there are certain rules you’d be wise to follow. This is a game of probability. Due to this trait, some hands are better to split, and others are not. There are hands you are not meant to split under any circumstances. In the same manner, there are those that you’ll split based on the conditions on the table, particularly the dealer up-card. As we said, these are practically the rules, so if you want to make the best out of every hand in blackjack you’d be wise to obey. Follow them, and the wins will be on your path.

Which Cards Should You Split?

So, as we said, there are rules to follow and rules to ignore. These, you need to follow if you want to be a winner. We’ll start with aces. You have plenty of cards in this game that counts ten or more so when you receive aces, they are to be split. If you don’t this an interesting thing happens. The first ace is counted as 1, but the second one is seen as 11. Because of this, you can only reach twenty-one with a nine, while in the case of drawing a ten or bigger number you must look at them as both being one, which puts you back where you started at twelve.

The next numbers you must split are pairs of eights. When you draw two eights in this game, it is not seen as a hand that wins. It’s not poker. It is a bad hand regardless of your choice to split or not. If you choose not to do anything you can’t do much but hope for the best with the next card draw. Pull anything bigger than five and you’re done for. Splitting this hand gives you a much better opportunity to make the game interesting and get some winnings.

The Ones You Shouldn’t Split

Let’s start with tens. You should leave them be. Two tens put you right there where you want to be. Only twenty-one is going to beat you, and if that happens, you’ve lost to a better hand, by a small margin. If you opt for splitting, you will be receiving a weaker hand. This just makes too much sense. On the next hand, you shouldn’t split including receiving two fours. When you’re at eight it is hard to go over. Nineteen is the limit and this is acceptable. By making two from one hand, there are only a few options that can put you in a better position and they include seven, six, and five. The thing that the majority of players love about blackjack is that in the end, it is about the simple math.

The last but not the least hand you shouldn’t split is the pair of fives. Having a ten is a great starting position. This is the time when you should double down. The only exception, when doubling down is to be avoided is if there’s a ten, nine, or an ace in the dealer’s hands. If you split fives, you’re in the worst place than when the hand was dealt. You’ll be worse after the next draw or lose the game after a second one. 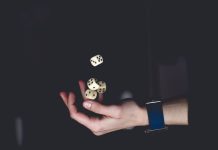 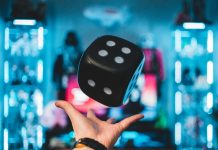 How to Handle a Case of ‘The Overwhelmies’