Home CBD How Do Cannabis Vaporizers Work in 2022?

Seems like smoking a good ol’ joint is a thing of the past. As the legalization of cannabis for medical and recreational use became widespread, people started to take their weed-smoking habits seriously. Once the vaporizers hit the market the cannabis smoking community changed forever.

Manufacturers are now offering all sorts of different models with different forms of heating and components, depending on whether a dried flower or a concentrate is used. Despite the various models, there are two main components in every vaporizer – heating source and delivery system. Some are more complicated than others, but they all work on the same basic principle. Vaporizing has been proven to be less damaging to the respiratory system causing many people to switch from smoking to a smokeless method of enjoying weed. Here we’ll break down on how vaporizers work and which ones are more suitable for medical purposes and which ones for leisure.

How does the vaporizing system work?

As stated, there are two main parts in every vaporizer: heating source and delivery system. Let’s tackle each one and explore differences within each one.

The herb can be heated in three ways: with conduction heating, convection heating, or infrared heating. They each have their advantages and flaws; it’s just a matter of personal preferences.

There are also three delivery systems used in vaporizers: tubing, balloons, and direct draw. All of them have one sole purpose of delivering the fumes to the consumer. So, what are the differences?

There are three basic types of vaporizers used: pen vaporizers, portable vaporizers, and desktop vaporizers. In reality, they come in all shapes and sizes, all doing basically the same thing – heating up the marijuana. Now, let’s see the differences between these three models.

How is it different from smoking?

When you light up a joint the weed burns at 2000 degrees Fahrenheit. Since the THC vaporizes at 220 degrees, and CDC at 450 degrees Fahrenheit, you can see how that’s overkill. When vaporizing the dried plant only the good stuff like THC is released in the fumes. Smoking, however, since it’s at a much higher temperature, releases hundreds of chemicals with some of them being cancerogenic which is bad news for your lungs. So, basically, smoking joint causes as much damage as smoking cigarettes. That’s why more people are shifting towards vaporizers. 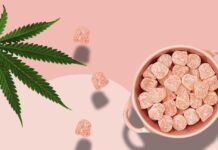 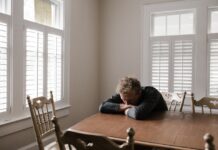 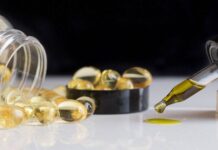 What’s the difference between CBD oil and CBD capsules?