Home Business Is there anything that can stop the USD from strengthening?

Due to better-than-expected ISM manufacturing and PMI services figures, the US dollar jumped to a record high of 110.77 early last week. The Federal Reserve’s repeated harsher monetary policy approach in recent weeks was considered justified by economic indicators.

After a brief period of strength, the US dollar has returned to about 108.50 due to profit taking and a comeback back up in US equities markets during the last three days.

As the dollar has risen to multi-decade highs, developed economies have felt the effects in ways that were more common in developing markets.

The strongest dollar in more than a decade is causing import prices to rise, squeezing other nations’ credit markets, and fueling inflation elsewhere. This is all because of the Federal Reserve’s relentless tightening cycle.

The European economy is struggling due to an energy crisis and rising consumer prices, and higher borrowing costs are dampening the property markets in Australia, Canada, and New Zealand. This is putting more pressure on other central banks to follow suit and hike interest rates. However, their capacity to affect the value of the dollar is limited, so there is little hope for quick relief.

The USD increases in value

The tremendous strength of the US dollar is the most obvious sign of the rising severity of global imbalances. It has progressed to an incredible degree. As a result of the increasing USD value, there are nowadays many Forex traders who want to take advantage of this process. They usually seek trading platforms, that will allow them to use several indicators, charts, and tools. One of the most popular among investors is MT4; as shown here, it provides traders with 30 indicators, 24 analytical tools, stop-loss orders, and other useful features. These are quite useful for those investors who want to analyze market trends technically. In addition to that for those traders who choose fundamental analysis over technical analysis, MT4 has lots of charts.

Since the epidemic, the U.S. economy has recovered faster than the economies of most other major nations, thanks to substantial fiscal and monetary support. Despite a modest decline in the first half of 2019, nominal GDP in the United States is 15.6% greater than it was in the third quarter of 2018. The GDP in the Eurozone grew by 8.3% during the same period, whereas the GDP in Japan fell by 3.6% from the third quarter of 2019.

Although the effects of Fed tightening on the global economy are nothing new, this is the first instance in recent years in which the dollar’s strength was more pronounced against the currencies of industrialized nations than against those of developing countries.

According to Maurice Obstfeld, a senior fellow at the Peterson Institute for International Economics, “a stronger dollar often comes with higher short and long-term interest rates in the U.S.” or when there is stress in global markets and a flight to the dollar’s perceived safety. “Developed economies throughout the world are slowing as a result of these tighter financial circumstances.”

What should investors consider?

Although the Fed’s trade-weighted dollar index against advanced countries has been up 10% this year to its greatest level since 2002, the emerging-markets gauge is up just 3.7% and is still significantly below its peak from the 2020 epidemic.

New signs that US inflation gains peaked in July and that the annual inflation rate might fall as quickly as it went up in the first half of this year are making the financial and investment markets doubt the Fed’s more hawkish tone. When the rise in US inflation peaks and starts to go down, the recent six-month rise in the US dollar will stop and turn around.

Sayuri Shirai, a former member of the Bank of Japan board and current professor at Keio University, remarked, “Other nations are unlikely to halt the depreciation of their currencies alone by hiking policy rates.”

Because, as she put it, “dollar strength reflects global recessionary concerns coming from the greater-than-previously-expected policy rate rises throughout the globe” and “an anticipation about the federal funds rate hikes this year – and hence increased demand for US fixed-income assets.”

Even if interest rate markets have priced in an increase of 0.75 percentage points from the Federal Reserve at their next FOMC meeting on September 21st, this will not cause the USD to rise again. Fed Governors are barred from making any public remarks or giving any speeches for the next 10 days on the necessity to maintain higher interest rates for a longer length of time.

On Wednesday, September 14th, the United States will report its consumer price index for August. The consensus estimate is for inflation to have fallen by 0.10% from July to August. The annual inflation rate will fall from 8.50% to 8.10% as a result of the price decreases.

Kamakshya Trivedi, head of Global Foreign Exchange, Interest Rates, and Emerging Markets Strategy Research, explains that the U.S. dollar has strengthened in part because the Federal Reserve is raising interest rates more aggressively than some other central banks in an effort to curb inflation. As fears increase that the shock in energy prices could impede economic development in many areas of the globe, the dollar, which is considered a refuge amid instability, has also climbed.

Without making any real headway, the USD is tentatively probing higher. Only GBP stood out as an exception. In a day that will live long in the memory, the British pound plummeted out of the exchange rate system 30 years ago today. How fitting that it is now trading at near 37-year lows vs the US dollar. Because of the seeming convergence of negative news and momentum, it looks like there will be little relief in the near future.

Even if the European Central Bank has been making some very aggressive policy moves, it needs to keep half an eye on whether or not these moves cause worries about sovereign credit or a fragmentation of the financial system. All around Europe, people are worried about the sudden cost of electricity. In contrast, the Federal Reserve has been able to tighten policy in a more proactive and aggressive manner.

Second, the dollar has its own unique qualities. It does well when there are fears of a worldwide recession and a general aversion to taking risks in the markets. Because of its perceived stability, capital tends to return to the dollar, further strengthening its value.

It should also be highlighted that compared to the USD the yen is intriguing in its own way. The yen’s decline against the dollar is real, and the current exchange rate is very near all-time lows for the yen. However, it must be emphasized once again that the Bank of Japan has deliberately built up its policy structure to weaken the yen precisely at times like these. The goal of the Bank of Japan’s yield-curve control policy is to weaken the yen and, by extension, to stimulate domestic inflation by fixing its yields even when yields and interest rates rise across the globe.

So will the U.S. national currency become even stronger? Some analysts, based on the technical analysis, think that the dollar is going to strengthen and increase in its value compared to other major currencies and there are several reasons behind this. One of the primary ones, among others is the ongoing war in Ukraine, which hurts Eurozone the most and makes its currency less strong against the USD. In addition to that, as the inflation rate increases in the UK and the Japanese currency drops in value too as a result of the Asian stock market plummeting, the USD is more likely to continue going up. 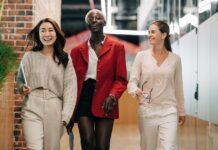 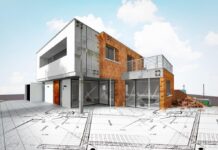 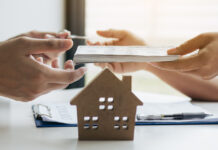 Is It Better To Get a Mortgage From a Bank or a Broker: 5 Things To Consider