Home Tips All You Need to Know about CD Ripping, DVDs and Audio Tape...

We are living in a fast-paced era where technology is increasingly dynamic. CD’s, DVD and audio tapes have been in use for quite a while now. The onset of the 21st-century technology that advanced into computers with internal forms of storage saw the start of the elimination of external storage units. The advancements brought a shift, and people are adapting by moving content to more sophisticated storage options.

Ripping of CDS is duplicating information stored in the CD to other forms of digital devices such as hard drives, thumb drives, memory cards or iCloud. Some years back, keeping a stack of CDs commanded respect as it signified having collectables. It gave a sense of pride. When computers started flooding the market, the owners knew they had to join the bandwagon by transferring data to the computers. Ripping CDs is a delicate process that needs the utmost expertise and care. Besides skills and knowledge of how to do it, one needs the right equipment to achieve the desired results. One wrong move and you risk losing all the valuable content.

It is essential to counter check whether the computer to be used contains a CD drive. Some machines do not have the drive, and others are tampered with rendering the whole process useless. Exact Audio Copy (EAC) windows program is. This software is free, but in cases where it is not available then considers using one of the programs used in CD ripping. There are other sophisticated options that companies like Classic Memories use to deliver unmatched quality output.

However, avoid falling into such temptations as you may lose special memories contained in the CDs that you may never recover, as you try to save money.

Ripped CDs may not be useful, and you may not want to keep things that collect dust and clutter your space. So what do you do? You can opt to donate them or recycle the entire collection. If you have an eye for art, check online for various things you can make from used CDs. There are also recycling centers in the US, like the CD Recycling Center of America, which can accept your donation.

It is true that making these copies comes at a cost and whether you are ready to pay for such that is up to you. The audio file format’s bitrate you choose, it affects the sound quality on various levels. This is influenced by factors such as the number of times the CD has been ripped. The care and maintenance done on them translate to the quality of information to be transferred. CD’s that harbor scratches on the surface may not be able to be rip.

Digital versatile discs are storage media that are capable of storing digital information with graphical content or massive data. These optical media are equipped with even larger space compared to its predecessor CDs and are capable of storing software, files and programs. This technology was invented by Panasonic Corporation in the late ’90s.

The types available to the public consisted of three. A DVD recordable abbreviated as (DVD-R) allowed for recording but only once. The second form was a DVD rewritable (DVD-RW) offered a solution to the first giving creators to not only record once but multiple times. The last batch was the DVD read-only memory (DVD-ROM) which gave media companies to be able to protect their data against any manipulation once distributed.

How does it work

DVD’s mechanism of operation is through the exploitation of the pits and bump on its tracks that allow for the conversion of data. Depending on the type of information, the format has to be different. Some are meant for playbacks.

Tapes are plastics that contain magnetic coating which has been rolled around movable wheels, and can hold data. Cassette tapes are relatively cheap and can be easily afforded. These tapes were meant to store bulky data that no other form of storage media at the time could handle. It presented many challenges, among them, videos sequentially present data forcing viewers to wait until whatever they want to see shows.

Audiotapes, on the other hand, specifically record sounds that can be used for playbacks. You may find a tape with your grandparents recorded interview, which should be preserved and passed down to many generations. Experts ensure that you do not lose such precious memories in the transfer process.

It is now possible to transfer audio tapes and video content to computer files and CDs or DVDs. The process requires the use of reel players to play the recordings at improved speeds that can be used for transfer purposes. In situations whereby the rates are different, the settings can be set with consistent monitoring. Engage a professional for all your audio and videotape transfers.

Media of storage vary immensely across the board. The CD, DVD, and tape tell a story of how far humanity has come and yet to go. They illustrate an era where culture was celebrated especially music. If you still have valuable content that you want to produce copies or transferred CDs and DVDs, consider hiring an expert to help you move the data into digitized modern devices. This will not only improve your data security but also give you more playback options. 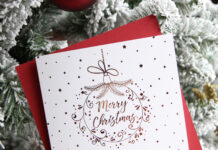 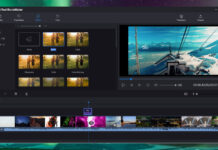