Laser cutting changed many things in the industry, and technology doesn’t stop evolving, meaning that we’ll get even more impressive results thanks to it in the near future. Cutting sturdy and hard materials in the past wasn’t an easy job, not at all actually. Before laser cutting became a thing, productivity levels were drastically lower than they are at the moment.

It’s not easy operating with a laser cutting machine, but once you get it right, you can even use it for DIY and home-use purposes. Laser Cutting Machines are not cheap either. They are quite the investment for smaller businesses. But, their affordability is not what we’re here to talk about today.

In today’s article we’ll focus on the precision of laser-cutting machines. If you are questioning their ability to be millimeter-perfect, hopefully in this one we’ll clear out any misconceptions and myths. Let’s start with the most basic explanation of these machines, what they are and how they work. Then we’ll move on over to the slightly more technical stuff you need to know about.

Laser Cutting appeared in the industry somewhere between 1960 and 1970. We’re not really sure what year was the exact “icebreaker” because multiple websites state something different. It doesn’t really matter though, it’s important to know approximately when they were first introduced. 1965 is when the first laser appeared but it wasn’t of any significance, not until the British people implemented it in a cutting machine somewhere around 1970.

Laser Cutting is nowadays used in many different sectors. People make automobile parts with it, medical equipment and a lot more. It’s safe to say that if these machines didn’t exist, or suddenly disappeared, many industries would go ten years back in terms of progress.

A very concentrated beam of photons is all you need to know if you want to understand the technology behind laser cutting, that’s basically how it works. The beam is so concentrated that it can penetrate steel, wood, plastic and other materials as well. All of this is powered by a computer that moves the laser in your preferred pattern.

Now when it comes to the controls, there are different ways to operate a machine, and this will mostly depend on whether the models are newer or older. Other basics you need to know about when it comes to laser-cutting are these:

In case you need a laser cutting machine, www.dxtech.com is a website where you can learn more about custom-made models.

Note that laser machines are not only used for cutting. They are used for marking and engraving as well. If you need to mark a certain product with your brand, a logo or a serial number of any type, you can do it with such technology, but you’ll have to modify some things first. Let’s talk about precision.

Are these machines precise?

As a short answer, yes, they are very precise. But, as we mentioned above, you will have to improve the accuracy by doing some of the following things:

Last but not least, you have to remember that with such powerful laser-cutting devices, there’s no “undo” like you have on your computer. This is why all experts advise that you double check the settings and the positioning of your material on the workbench before proceeding. Every line that the laser sees will get cut, and there’s no going back from that.

What if I’m not confident in using these?

If you are not confident in using a laser cutting machine, you can always hire a professional service to do the work for you. This is recommended for most people because not everybody has their own machine at home, obviously because of their high price, but due to inexperience as well. If you don’t have any extra materials to fiddle around with, it’s much better to not risk ruining them. Instead, get it done right from the first try.

It’s not rare for people to purchase a laser cutting machine and end up being confused with the settings once they open up the software. Just open up any forum and you’ll find tons of different experiences. But, there’s a good side to this as well. Because of those numerous issues people face, you have numerous solutions for them on these forums as websites, so you don’t have to worry about coming into a problem that cannot be solved. It’s just one of the perks of being “late on the train” with CNC and laser-cutting machines. 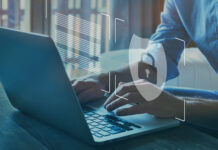