Home fridge All You Need To Know About The Shelf Life of a Beer...

The shelf life of a beer basically refers to the length of time during which beer is capable of staying in a desirable state for consumption. Truth is most beers are brewed to deteriorate as time goes on from the moment they are bottled. Although some beers actually do age that is, they have been brewed in such a way that they get better by changing their flavors after some time.

The shelf life of a beer is mostly visible on the label of the beer bottle. Often written as “Best Before” or “Filling” date. This indicates how many days the beer is capable of being in its best condition for consumption.

The shelf life of a beer often depends on packaging types, that are either kegged, bottles or cans. The cans and bottles have an advantage of shelf life due to being a more airtight seal.

However certain factors might hasten the spoilage of these beers such as sensitivity to light, spoilage organisms, etc. although, most beer drinkers expect a sparkling clarity in most of these beers while some have the notion that clarity would mean the beer has been overprocessed. This doesn’t necessarily determine a quality beer and unsurprisingly, deliberations are still ongoing among brewers to perfect stabilization methods for beers.

You should know beer is resistant to contamination by pathogenic bacteria and according to research, there is no basic health risk attached to consuming beer after its shelf life has expired but it is safe to follow the best before date as this represents the confidence of the brewer on when he/she is sure about undesirable turbidity that could only occur after the best before date noted on the label.

It has however been suggested that brewers should either allow the aging of beer to take place with them and then we consumers can get used to them or brewers should keep up with fresh beer being produced. 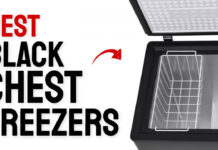 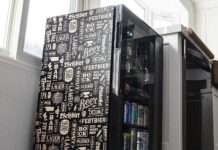 Things To Consider In Choosing Your Beer Fridge 2022 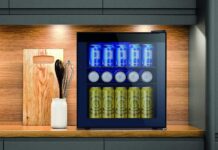 Benefits of a Mini Fridge 2022