If you get in a car crash, you know that’s going to be a bad day for you. You may not have a care in the world, and then suddenly, another vehicle plows into you. If that happens, you might feel like the situation can’t get any worse.

Unfortunately, these incidents can always get worse, and occasionally, they do. One thing that may sometimes happen is that the tow truck that comes to help you gets in an accident as well. If that occurs, it might feel like an entire comedy of errors is playing out.

In reality, if the tow truck driver injures you or someone else, there will be nothing funny about the situation. Let’s look at five of the more common reasons why tow truck accidents take place. We’ll also talk about whether you can do anything to avoid these events.

The Gomez Firm notes that in smaller cities with fewer residents and not as many tow trucks, the drivers might “need to be “on” a large percentage of the time.” The Firm means that the tow truck drivers in question may need to be available to help car crash victims, even if they already had family plans that day.

If the only available tow truck driver was out drinking with friends when the authorities called them to let them know they needed their services, the driver might show up at the scene intoxicated. If that happens, it’s easy for them to hit another vehicle, a police officer, or a pedestrian.

This is one situation that you can’t change at all. It’s up to each tow truck driver not to imbibe before they work. If the cops call them and say that they need them to tow a vehicle away from a crash site, that driver needs to tell them if they’re intoxicated and not capable at that moment.

Driving Too Many Hours

Another issue is that a tow truck driver might have been out driving around for too many hours. To operate a tow truck, you usually need a commercial license. When you get that license, you are subject to certain regulatory body rules.

One of those concerns how long you can be on the job without taking a break. It’s just the same as with commercial truckers. You have to take a break in between runs, or else it’s no longer safe. You can’t drive a truck around for two days straight, hopped up on coffee.

Again, you don’t have any control over this. It’s up to the tow truck driver to get the proper sleep amount, rather than staying awake indefinitely. If they have been up for many consecutive hours, it’s easy to see how they could get in an accident on their way to a crash site or cause one once they get there.

Failure to Mark the Crash Site

Maybe you got in a car accident at night, on a lonely road. There are no street lights, and it’s hard to see anything at the crash site. The police might arrive and call the tow truck, or you might call for the nearest one available.

If they get to a crash site that’s very dark, they might hit your vehicle or the other driver’s car. Perhaps the crash took place on a blind curve, and the tow truck driver might not see it until they are right on top of it. An accident is quite likely that way.

This is one situation that you can avoid, and you should, if at all possible. Assuming the accident did not injure you, and you can drive your vehicle, try to steer it to the roadside and out of traffic’s flow.

You might also set up road flares if you have them. At the very least, you can put on your hazard lights. Anything you can do to show the tow truck driver the crashed vehicles’ location, you should do.

You might have a situation with a novice tow truck driver, or perhaps they never got the required commercial license. Maybe they have a suspended license.

Some agencies offer a cursory driving and tow truck operating course. Some don’t test the applicants very well before giving them a commercial operator’s license.

There’s little you can do about these situations. The best you can hope for is that the tow truck driver that shows up received adequate training.

If they damage your vehicle further because they don’t know what they’re doing, at least you can bring a lawsuit against them. That knowledge probably won’t make you feel better in the moment, but at least it’s one action you can take later.

Some tow trucks cannot tow extremely large or heavy vehicles. If you’re driving a large vehicle, it could be that the smaller tow truck that shows up is not suitable to tow it to the nearest auto body shop.

You would hope that the tow truck driver that arrives on the scene will know that’s the case, and they won’t try to hook up your vehicle if they don’t have the equipment to move it. Trying to tow excessive weight can cause another accident, or it can cause the tow truck itself to break down. There’s nothing you can really do about that but hope for the best.

Sometimes, other factors can cause tow truck accidents, like mechanical failure or faulty equipment. You can’t control those, either. Generally, all you can do is try to secure the crash site as best you can till help arrives, and then assume that the tow truck driver knows what they’re doing until they demonstrate otherwise.

Car crashes are no fun, and you’d hope your tow truck operator can help you rather than compound the problem. If they make things worse, then you might sometimes need to bring a lawsuit to hold them liable for any further vehicle damage. 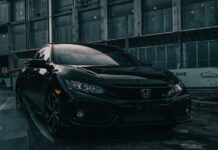 Are Honda Cars Reliable? An Unbiased Look at the Car Manufacturer 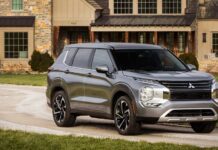