Believe it or not, being underweight is an issue for many people, as weird as it sounds. We’re way too used to constantly hearing that someone is trying to lose weight due to health-related issues and aesthetic reasons, but the same thing applies to people in the opposite situation.

Being underweight is an issue for a lot of people, and it’s equally as bad as being overweight, if not even worse. We know that it sounds strange but it’s the truth. It’s also a “condition” that impacts both the appearance and the health of a person, and according to many, it’s more difficult to make a “comeback” from a situation like that compared to the opposite scenario.

You see, exercising and eating less is slightly simpler than having to force eat and exercise. But, even doing that is sometimes not enough. You need to be very careful when gaining weight because if you do it too quickly or without being careful enough, most of it will turn into fat. This is why a proper diet and a lot of exercises is very important, but so is calorie tracking and knowing which foods to eat. Let’s take a look at these seven main reasons why you aren’t putting on enough weight.

We don’t have anything against eating healthy foods, but when it comes to gaining weight and avoiding anorexia, you have to up your calorie game. In some particular cases, even eating unhealthy meals that are calorie-dense is better than dealing with all health issues of being underweight. But, if you want to do things in a healthier way, it’s an option too. All you need to do is start eating calorie-dense foods, and luckily, we have a lot of them available that are healthy at the same time. There are so many so we won’t list them, but you can always do your own research and you’ll get all the required results in just a few seconds.

You’re probably eating once or twice thinking that it’s enough, but really the key for all the “hardgainers” out there is to up the meal frequency. You can do this by either making more regular meals, like four or five per day or, you can simply start adding protein or gainer shakes in-between the meals. This obviously falls into the category of using supplements, but we’ll get that in just a few moments. When it comes to meal-replacement shakes, you can read more here.

3. Your appetite is on the low at all times

Obviously, a person cannot eat enough if their appetite is on the low at all times. This can be caused by many different factors, but sometimes it’s purely natural. However, it’s not the end of the world if you have a naturally low appetite. There are numerous things that you can do in order to make it better. One of the main things to do is to tire yourself enough so that your hunger levels rise. You can choose any sort of physical activity for this. Find something that you love doing, it doesn’t have to be lifting weights or doing something that’s simply not appealing. Or, you can use appetite boosters. We prefer the first option though.

4. You’re stressing way too much

Stress causes so many problems for us humans, and we need to avoid it at all costs. It can cause hair loss, problems with the nerves as well as heart attacks in some severe cases. But, we don’t want to scare any of you. Our point is to let you know that stressing way too much can actually be a cause for decreased appetite. And, stressing also puts your body in a very uncomfortable state where it starts burning calories. This is why it can be a major factor on why you’re not putting on weight.

5. Your active metabolism is faster than you thought

There are formulas you can find on the internet that will help you calculate your active metabolism. Every person has an active metabolism and it burns a certain amount of calories throughout the day even if we’re not doing anything specific. So, to counter this, we need to calculate it and start eating in a slightly broader calorie range, or as some like to call it, a calorie surplus. 300-400 calories more than what your active metabolism burns on a daily basis is enough for slow and steady weight gain.

Overtraining means that you are burning way too much calories, especially if the activity you’re doing is aerobic, such as running or swimming for example. Weightlifting for example doesn’t burn as much calories, but it definitely does if you overdo it. So, make sure that you aren’t overtraining, and if you are, start eating more to add up for the calories you’re losing during your sessions. It’s quite simple, and nowadays you can find information about each and every sports activity and how much it burns in a given time range.

Last but not least, a lot of hard gainers are disregarding the importance of supplements. Although they are not the most natural way of gaining weight, they sure help a lot, and if you need to gain in a short period of time, this is the best way to do it. Protein shakes and weight-gainers are a great way to put 2-3kg per month. One more supplement we would recommend is SEA MOSS. It may aid in weight loss due to its carrageenan content, which may increase feelings of fullness, lower body fat, and improve your microbiota profile. You can order SEA MOSS supplement from sites like SEA MOSS Power. Combine this with training and you already have a new body.

Although it sounds a bit strange, gaining weight is sometimes more difficult than losing it, especially if you are a person who doesn’t naturally have a rich appetite. But, sometimes it’s not all in the genes. Quite often, people make many mistakes in their weight-gaining journey, and in today’s article we made sure to list all of them. We hope that our guide was helpful enough and we wish you the best of luck with the re-composition of your body in the future. Stay safe and healthy. 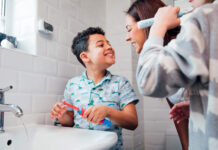 What Type of Toothbrush Is Best for Your Kids? 7 Tips for Choosing 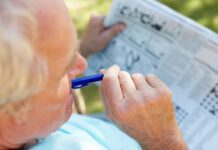 6 Tips For Keeping Your Memory Sharp At Any Age 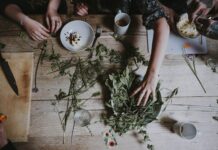 Top 5 Ways To Incorporate Spring Herbs Into Your Day